This last meeting we had a number of people recognized in the club meeting.

Past-President Gina Willard was given a Dale Carnegie book by Jerry Paul as a way of saying thanks for the great job she did leading the club for the last term. 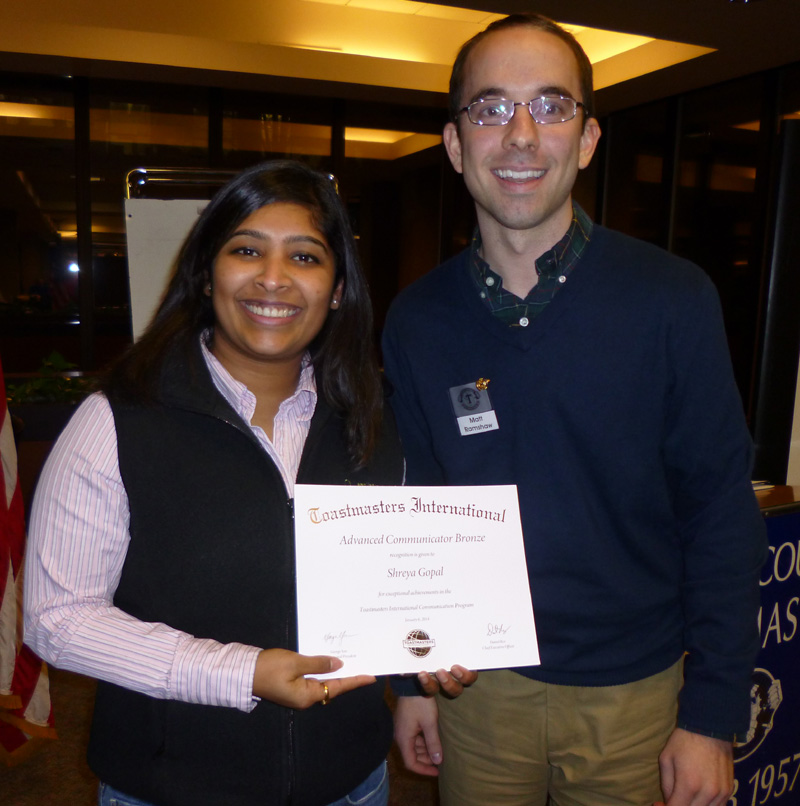 Rob VanWinkle was congratulated by President Matt Ramshaw for becoming the new Governor of Area 4.